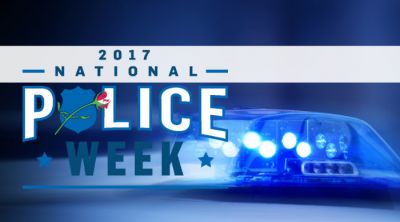 35 of our brothers and sisters paid the price last year. They died knowing they stood for something greater than oneself. They came from departments large and small, rich and poor, of virtually every race, color and creed. However, far greater than any of their own individual characteristics, are the collective qualities they and each of you share; Honor, Loyalty, Commitment, Courage and a Selfless unspoken promise to those with whom you don the badge. A promise that says, “No matter the cost, I’ll be there. When you have fallen, I’ll pick you up. When you are weak, I’ll be strong. And when evil knocks on your door, I’ll answer”.

Too often, we allow petty qualms and internal politics to overshadow who and what we are. Too often we forget how far we’ve come, what we’ve been through to get there, and who’s been alongside each step of the way. While we are far superior to our opponents in the heat of battle, we often forget who the enemy is, once inside the station walls.

This month, and particularly this upcoming Police Week, let us not forget those who have gone before us; those who have defined valor and lived the true meaning of undying commitment. Those, who if able to speak to us from the grave, would most likely say “honor my sacrifice”. Hold true to the thin blue line. Hold true to the values and tenets of the profession by which we are bound, and never again forget who the enemy really is. Believe in one-another, even when many have stopped believing in us. Let us set-aside that which divides us, and once again be the cops more dedicated to each other, than our own self gain; The cops who don’t just say “brother”, but who live a life which exemplifies the true meaning of the word. For without each other, defeat has already befallen; however when we are united in the face of danger, we are an unshakable force for good.

It was once said, “No bullet, No shell, No demon in hell, shall break this bond called brothers”, and that fact holds true today. There is valor in hope, and there is strength in our unity. May this month remind us of that resolve, for what you do makes a difference, and what you do truly does matter.