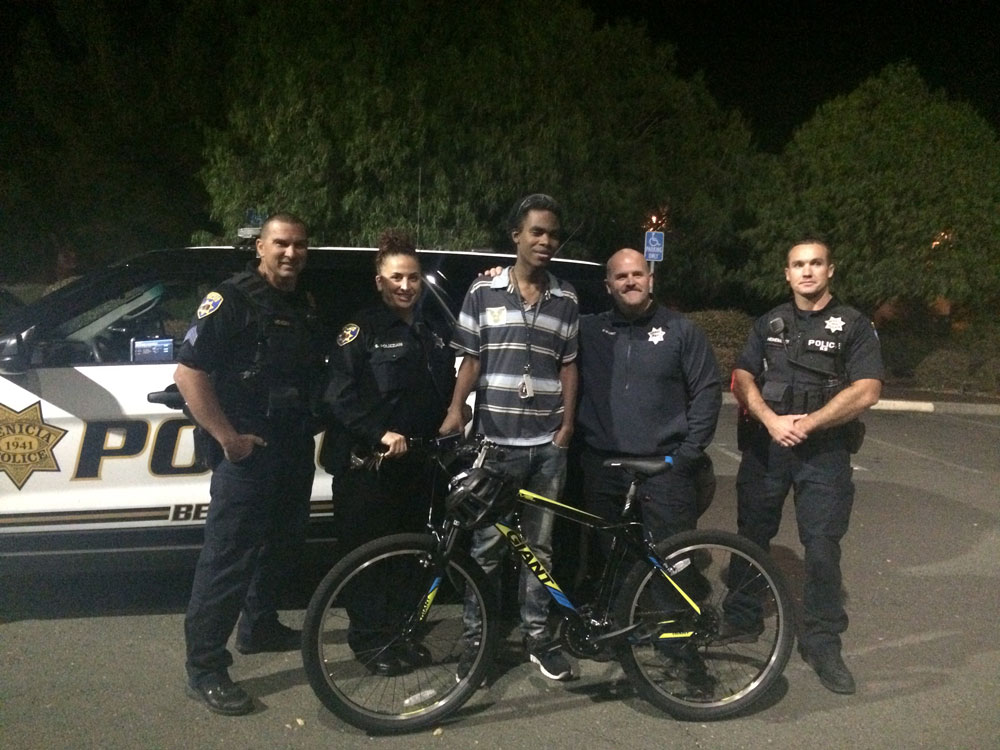 "As its name might suggest, Industrial Way is not known for being pedestrian-friendly.

The road in the Northern California city of Benicia is lined with trucking companies, warehouses and metal-finishing factories. As it curves north, before it turns into Channel Road, the street cuts under busy Interstate 680.

So when Cpl. Kirk Keffer of the Benicia Police Department spotted a lone, lanky teenager walking on Industrial Way during the graveyard shift a few Saturdays ago, he was curious. It was after 11 p.m. and dark outside, and the boy was just nearing the highway overpass.

“Usually in the industrial area, there’s no foot traffic, so it was kind of weird to see someone walking around on foot,” Keffer told The Washington Post.

He stopped his patrol car, got out and called out to the pedestrian.

Was he okay? What was he doing out there by himself?

The teenager, 18-year-old Jourdan Duncan, was equally startled at first.

“I was absolutely nervous,” he said. “I thought, okay, um, did I do anything wrong? Is he going to put me in cuffs? I didn’t do anything bad.”

Duncan told Keffer he was walking back to his parents’ home in Vallejo. He had just gotten off from his job at Pro-Form Laboratories, where the teen worked on the packaging line from 3 p.m. until around midnight.

“Vallejo? That’s like seven miles away,” Keffer said he remembered saying to Duncan.

Soon, he had cleared out the passenger seat in his patrol car and offered Duncan a ride home."